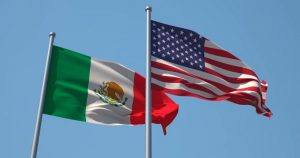 The border travel restrictions will continue until February 21 according to an announcement by the Mexican Government on January 11.

The border travel restrictions will now reach 11 months. The restrictions between both countries started in March of 2020 in an effort to stop the spread of COVID-19.

“Due to the development of the spread of #COVID19 and that various states are in the orange color of the Epidemiological Traffic Light, Mexico proposed to the United States the extension, for one more month, of the restrictions on non-essential land traffic on their common border,” the Mexican Foreign Ministry Office said on Twitter. “The restrictions will remain in the same terms as they have been developed since their implementation on March 21, 2020. Both countries will coordinate health measures in the border region that will be in effect until 11:59 p.m.  February 21, 2021.”

This announcement came the same day Chad Wolf is resigning as the acting secretary of Homeland Security.

Federal Emergency Management Agency Administrator Pete Gaynor will be the new acting secretary, taking over in the wake of the US Capitol attack and as the national security apparatus prepares for possible violence leading up to Inauguration Day.

“I am saddened to take this step, as it was my intention to serve the Department until the end of this Administration,” Wolf wrote, citing ongoing litigation challenging the validity of his appointment.

“Unfortunately, this action is warranted by recent events, including the ongoing and meritless court rulings regarding the validity of my authority as Acting Secretary. These events and concerns increasingly serve to divert attention and resources away from the important work of the Department in this critical time of a transition of power,” Wolf added.