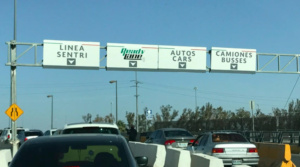 Mexican Foreign Minister Marcelo Ebrard confirmed on Aug. 13 that the border travel restrictions between the U.S. and Mexico will continue for one more month.

Ebrard said the COVID-19 situation continues to be high in the southern part of the United States and both countries decided to extend the travel restriction again as they continue to monitor the situation.

“We are reviewing this on the monthly basis with our counterparts in the United States,” Ebrard said.

Ebrard could not give an estimate of the economic impacts on the border due to these restrictions. He added that there has been an increase in COVID cases in the southern United States and it would not make sense to change the restrictions right now.

Only essential travel will be allowed to cross.