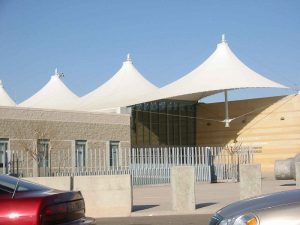 The United States on Monday extended restrictions at its land borders with Canada and Mexico through Oct. 21 that bars nonessential travel to stop the spread of COVID-19 through the borders despite that the border region in Mexico has received the vaccine.

The President of Mexico, Andres Manuel Lopez Obrador, hoped that the border would be opened soon but will continue through next month and probably extending itself to December or early 2021.

The restrictions were first implemented in March 2020 and have since been extended every month. While the White House announced a new international air travel system that will open travel for all vaccinated foreign nationals in early November, it has not revealed when land border restrictions will ease.

The land border restrictions, implemented by the Department of Homeland Security and its Canadian and Mexican counterparts, prohibits non-U.S. residents in Mexico and Canada from crossing for nonessential travel.

President Joe Biden announced the U.S. will ease foreign travel restrictions into the United States beginning in November when his administration requires that all foreign nationals flying into the country be fully vaccinated.

All foreign travelers will need to demonstrate proof of vaccination before boarding, as well as proof of a negative COVID-19 test taken within three days of flight.

As of September 8, Mexico has confirmed 3,660,573 total cases of COVID-19 within its borders since the beginning of the pandemic. Mexican authorities report widespread community transmission, thousands of cases of infection, and increased numbers of patients requiring hospitalization.

According to information provided by the New York Times, the average U.S. daily death toll from Covid-19 over the last seven days surpassed 2,000 this weekend, the first time since March 1 that deaths have been so high.