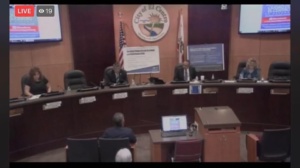 The Imperial County Board of Supervisors certified the March 3rd election results putting the wheels in motion for the November general election.

The political contest of the first half of the year has concluded having the official winners of this primary and those that will move on the second round in November.

The board met on April 14 to unanimously approve the certified results and statement of votes cast at March 3, 2020, Presidential Primary Election for measures and contests submitted to the voters of Imperial County. The votes were counted for one month and the final election results were published on April 3rd by the elections department.

Imperial County Board Supervisor District 2 Luis Plancarte was re-elected with 2,926 of the vote against opponent Claudia Camarena who received 2,358. Supervisors Ryan Kelley and Michael Kelley ran unopposed and were automatically re-elected.

In the Imperial Irrigation District Division 2 race, political newcomer J.B. Hamby won first place with 2,149 or 41.89 percent and will go to the runoff against attorney Ryan Childers who received 1,355 votes or 26.41 percent. IID Director Bruce Khun did not make it to the runoff and will end his term as a member of the board of directors in December.

In the IID Division 4 race, Erik Ortega and Javier Gonzalez will move to the General Election on November 3rd. Ortega received 1,841 votes and Gonzalez obtained the second spot with 1,138.