Board of Supervisors Approve 2019 Agricultural Report 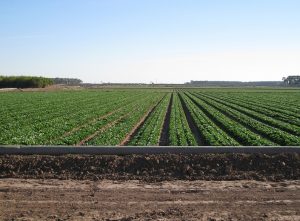 The Imperial County Board of Supervisors accepted the annual Livestock Crop and Agricultural Report at their Oct. 6 meeting and discussed the current state of the local agricultural industry.

The agricultural industry is the driving force of the county and has an impact on the local economy and this report gives the latest snapshot on how this area is doing on a yearly basis.

“The values presented in this report represent the gross value for products and do not reflect the cost of production, marketing, storage, or transportation. No attempt is made to reflect the next income, profit, or loss to producers,” said Agricultural Commissionaire Carlos Ortiz.

The gross production for 2019 was valued at $2,015,843,000. This is a decrease of $210,188.000 compared to the 2018 gross value. This was mainly due to a decrease in harvested acres as well as some filed, vegetables, and livestock prices. Vegetables such as leaf lettuce, cabbage, romaine, and spinach saw a significant decrease in price. The decrease in price for cattle also contributed to this outcome.

Cattle ranked as the number one commodity with a gross value of $449,021,000, which is a decrease of 4.43% from 2018. This was due to a 5.17% decrease in market price. Alfalfa remained as #2 and sugar beets moved from #12 in 2018 to #8 mainly due to better market prices and an increase in harvested acres. Imperial County remains the sole producer of sugar beets in the state.

Further exacerbating the challenges that hemp producers and regulators faced was the water restriction imposed on the production of industrial hemp. Therefore, most of the local hemp production was under a memorandum of understanding, signed by the Imperial County Board of Supervisors and Imperial Valley College. This allowed for research production of hemp through partnerships between growers and IVC. Eleven growers participated in the MOU to conduct research on the production of hemp. One aspect of this partnership as that it placed student interns with growers, offering them hands-on knowledge of farming practices and hemp growing techniques.