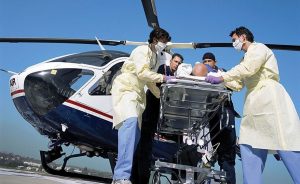 Members of U.S. Congress reached a bipartisan deal in December over billing protections for patients and their medical bills and protect their finances if they have a medical emergency.

The No Surprises Act would hold patients harmless from surprise medical bills for emergencies and non-emergency cases in which the patient cannot reasonably choose an in-network provider. House and Senate Committee leaders announced a bipartisan agreement on legislation to protect patients from surprise medical bills and establish a fair framework to resolve payment disputes between health care providers and health insurance companies.

Patients would only have to pay the in-network cost-sharing responsibilities for the care, while payers and providers would negotiate payment for the rest of the bill.

And if the parties cannot agree on an out-of-network rate within 30 days, they can access an independent dispute resolution process in which a third-party would consider the rates proposed by the payer and provider, the median in-network rate, and several other factors, including provider training and experience, patient acuity, the complexity of furnishing the service, and the facility’s case mix and prior contracted rates.

To increase transparency regarding air ambulances, air ambulance providers and insurers must submit two years of cost and claims data to federal officials for publication in a comprehensive report. Also, the legislation establishes an advisory committee on air ambulance quality and patient safety.

The legislation does not extend to ground ambulances. This is likely because few states, to date, have regulated in this area, which is complicated by the fact that many ground ambulance services are provided by local government entities.