Beyond the Wall: Migration, Rights, and Border Security 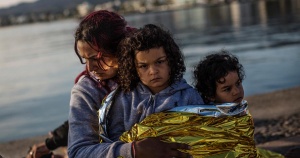 By WOLA: Advocacy for Human Rights in the Americas.

This week the Trump administration is announcing further changes on immigration and border security policy. The recent Homeland Security guidelines and possible new executive orders on refugee issues will impact the lives of thousands of people in the United States and abroad. The proposal to build a wall at the U.S.-Mexico border would cost billions of dollars, would not make the United States safer, and has strained relations with Mexico, a key ally and neighbor.

These policies represent a fundamental threat to human rights, international law, and U.S. democratic values. Far from meeting their intended security objectives, the administration’s proposals risk creating situations that could generate instability in the region and a climate of fear that threatens safety and civil liberties in the United States. Alternative policies could address actual security concerns in an effective manner that respects due process and human rights.

The following are a series of articles from WOLA’s “Beyond the Wall: Migration, Rights, and Border Security” initiative, which addresses the impact of Trump administration policies with fact-based analysis, alternatives, and advocacy strategies.

President Trump’s executive orders and the recent Homeland Security guidelines will affect thousands of people who are fleeing violence in Central America. These migrants, primarily woman with children and other family units, are turning themselves in to U.S. authorities and seeking asylum. Arriving at the U.S. border and requesting asylum is legal and the United States has an obligation under international law and its own principles to take these asylum requests seriously, provide due process, and make sure that no one is deported back to a situation that puts their lives in danger or where they could be persecuted. According to a United Nations High Commissioner for Refugees (UNHCR) report, 80 percent of women from El Salvador, Guatemala, Honduras, as well as Mexico, who were screened on arrival at the U.S. border “were found to have a significant possibility of establishing eligibility for asylum or protection” under international law.

The number of undocumented migrants apprehended at the U.S.-Mexico border has fallen to near the levels seen in the early 1970s. It is hard to make a case that there is an urgent security crisis at the border, as the number of apprehensions per Border Patrol agent is less than one tenth of what it was in the early 1990s.

There is already a barrier that blocks people and vehicles along 653 miles of the U.S.-Mexico border. The Rio Grande River also provides a natural barrier. Those sections remaining are in rugged, inhospitable terrain, where building a barrier would be not only impractical, but expensive. Building just 413 more miles of fencing would cost $11.37 billion, according to a recent U.S. Customs and Border Protection estimate. What’s more, the “wall” will not stop drugs from coming into the United States, which are mostly trafficked through ports of entry. The wall will also do little to deter migrants who are fleeing violence and threats to their lives.

The recently proposed changes to border security and immigration enforcement propose a major increase in the number of Border Patrol agents, calling for the hiring of an additional 5,000 agents. The agency doubled in size between 2005 and 2011, but did not sufficiently scale up proper vetting of recruits or internal controls to detect corruption and sanction abuse. There have been widespread concerns about excessive use of force and a lack of transparency in investigations regarding abuse and misconduct.

Under the Obama administration, the United States put in place a number of policies to respond to the wave of children and families who were fleeing violence from Central America and arriving at the U.S. border. The increase in foreign assistance to the region is a step forward. However, its success will ultimately be determined by how wisely it is invested. The Trump administration has signaled a drastically different approach to U.S. assistance, including a stronger emphasis on strengthening military approaches.

Ultimately, stemming the flow of irregular child and family migration from Central America requires effective responses to the endemic levels of violence, corruption, and lack of opportunity driving many from their home countries. In order to address the root causes of migration in Central America, the United States committed US$750 million to El Salvador, Guatemala, and Honduras for fiscal year 2016, which is just now reaching the countries. In what was intended as a multi-year commitment, the aid package more than doubled the level of assistance to Central America and shifted the U.S. agenda from a security-oriented approach to one that seeks to strengthen institutions and invest in economic development.

Rhetoric and proposed policies has strained U.S.-Mexico relations. This week Secretary Tillerson is traveling to Mexico to discuss cooperation, immigration, security, and trade. The Trump administration has threatened to deport millions of undocumented immigrants and recent days have seen large-scale raids targeting hundreds of undocumented migrants. If there are even larger numbers of deportations, this will have an impact on towns on both sides of the border as well as the ability of state and local governments who provide services and shelter in Mexico.

At the same time, Mexico has massively increased enforcement along its southern border in recent years, largely due to a request by the United States to help respond to the rise in Central American migration. In fiscal year 2015, Mexico apprehended more Central American migrants than the United States did at its border. Strained U.S.-Mexico relations will have a human cost and will force both countries to reevaluate priorities and cooperation.

While there are always potential security concerns, there is not a national security crisis at the border. In fact, violent crime rates in U.S. border cities remain among the lowest in the country. The administration has proposed investing massive resources in building a wall, adding additional Border Patrol agents, increasing migrant detention and deportations, and denying refugees and asylum seekers access to due process and protection. These proposals will detract from other areas that actually do need attention. For instance, there is a real need to look at the 52 land ports of entry—the border crossings through which people, vehicles, and cargo pass. The Department of Homeland Security has identified about US$5 billion in construction and renovation needs. Currently, the ports are the main vector for smuggling heroin and other high-value, low-volume illegal drugs. However, seizures of the illegal drug most trafficked between the ports of entry, marijuana, are down significantly.