Breaking News
Home / BUSINESS / Between Confusion and No Response, Business Owners Are Worried About Their Future

Between Confusion and No Response, Business Owners Are Worried About Their Future 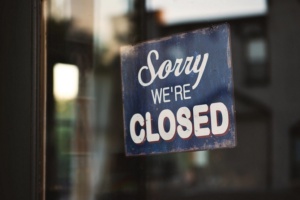 Millions of business owners and independent contractors were awaiting with hope the stimulus package to help them in these difficult times.

However, things have not been as smooth as they hoped for. Between confusing guidelines and no quick response, business owners are getting worried about the lack of response to their loan applications.

A total of 17 million people have filed for unemployment in the last month due to the Coronavirus. In less than a month, the U.S. economy went from being strong with low unemployment to a sudden halt due to the health emergency.

President Donald Trump signed the largest relief package in history to help citizens and business owners during this crisis but the road to recovery has not been easy.

The $350 billion SBA initiative, called the Paycheck Protection Program, is designed to keep workers at small companies on the payroll during the crisis.

The Trump administration had said it hoped the program could give businesses immediate financial assistance and that millions of dollars were disbursed through banks.

The Paycheck Protection Program offers $349 billion in forgivable loans to small businesses. Loans of 2.5 times a company’s average monthly payroll are forgivable as long as businesses use them for wages, rent and utility costs.

Some business owners reported problems with Bank of America.

The Small Business Administration’s Economic Injury Disaster Loan Program was supposed to provide advance grants of up to $10,000 within three days of businesses making a request. The advance, part of the federal government’s $2 trillion economic stimulus package, would not have to be paid back, even if businesses were ultimately turned down for the loan.