Everyone understands what an accent is, particularly if you come from the north or the south. In Mexico, we are even able to distinguish when a person speaks where they come from, through their accent. Some will say: “He’s a Chilango'” when a person comes from Mexico City, for instance; others could refer to some as northerners or southerners, not to mention those who come from other countries such as Spain, Cuba, or Venezuela, to name a few.

The accent distinguishes us, but what happens when the accent is a reason for rejection or discrimination? For those of us who live on the border, distinguishing ourselves with an accent is common, however, in the English language, there are many erroneous stereotypes that revolve around an accent when a person who speaks Spanish or another language speaks English.

In many cases, when a person speaks English with a very heavy accent that can sometimes even make it difficult for them to speak or exchange words with their relatives since they don’t speak native English, they may become victims of discrimination. In adults, this is not perceived in the same way as in a child or teenager, since the maturity of an adult allows them to have broader criteria to understand or try to respectfully understand the interlocutor’s communication, however, this does not happen between minors.

For a child or adolescent it can be very serious not to be accepted among their friends, classmates, sports team, neighbors, or community, due to having an accent that distinguishes them from others. Some children may even be victims of school bullying due to a lack of understanding and knowledge among their classmates for not understanding that an accent does not mean not being able to speak English correctly, but the fact that there is a language already developed in that child, which prevents him from being able to develop fluent communication in the second language with greater skill.

In the United States, there are multiple offers of English accent reduction classes and they are becoming more and more popular, but the reality is that overcoming an accent is difficult, even for people who have lived in a foreign country for most of their lives, or even for actors who have spent years training to sound authentic in a second language or adapt it as their own language. Studies have shown that accents can often be a drag. Sure, some accents can be adorable and others can make people sound smarter. But in some places, people with certain accents (mostly foreign, but also some regional) are sometimes seen as unintelligent, illiterate, incompetent, and downright unpleasant to talk to, so they are victims of discrimination.

But what is the science behind an accent? Scientists believe that language is most easily acquired during the first ten years of life. During these years, the circuits in children’s brains are wired according to the sound of their own language. A baby’s repeated exposure to words clearly helps his brain build the neural connections that will enable him to learn more words later on. Language can be learned in many ways, such as through informal conversations, songs, rhymes, reading, music, storytelling, and much more. Early stimulation sets the stage for children to learn and interact with others throughout their lives. A child’s experiences, good or bad, influence the wiring in his brain and the wiring in his nervous system in his overall learning process and in developing a language.

The left hemisphere is believed to control language, math, and logic, while the right hemisphere is responsible for special abilities, visual images, music, and the ability to recognize faces. 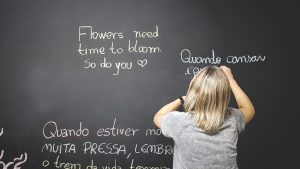 The brain’s left hemisphere contains parts of the parietal lobe, temporal lobe, and occipital lobe, which make up its language control center. In these lobes, two regions known as Wernicke’s area and Broca’s area allow you to understand and recognize, read, and speak language patterns, including the ability to learn foreign languages.

It is also said that the first language or languages ​​of a child is stored in the left hemisphere of the brain, when it is acquired during the first years of life, while it is more difficult for a young person or adult to acquire a second language, who already has a fully developed language, making it difficult to learn and imitate the sound of a second or third language.

And although this technical part is easy to understand, the reality is that many people don’t feel comfortable being perceived as someone from outside or a foreigner, especially after living for many years in a country where the sound of the language seems to be different from their own, or when talking to someone, people ask: Where are you from? Or, what country are you from?

Personally, I think that anyone who stands out with a different accent when speaking should feel very proud instead of ashamed because an accent is not a lack of capacity, ability, intelligence, or illiteracy, an accent represents a culture and a previous language already mastered, so you never stop learning, and this applies to any language, especially for linguists, translators and writers. The development of a language is something that is sought every day and that never stops since it can always be better. The same applies to the rest of the things in life.

Let’s keep learning and enjoy the wonderful accents that make us unique and, like colors, give us diversity.