Technology has a great influence on all aspects of our life. All human work is based on some type of technology. Technology finally exists to help us achieve certain goals more easily, goals that seek some level of satisfaction: “Technology is the set of technical knowledge, scientifically ordered, that allows the design and creation of goods and services that facilitate adaptation to the environment and satisfy both essential needs and desires of people. “(Wikipedia)

At times it seems that the concept of “technology” fights with everything that involves creative freedom because apparently, the rules are a tie to give flight to the imagination. All this I bring because I am frequently asked my opinion about the fact that the manufacture of beer – especially the very commercial one – is subject to such strict technological rules, thus eliminating the important artisanal part.

From my point of view, there are environments where technological rigidity is essential to achieve fundamental quality standards for the success of a product. For example, in the automotive industry or in aeronautics, any error in the manufacturing process can be fatal. In the beer-making environment, on the other hand, the effect of the technology applied with these criteria results in beers always the same … good or bad, but always the same.

“Brewing has become more and more science and less art,” says Garret Oliver of the Brooklyn Brewery, which takes us further and further away from the millennia of brewing tradition that defined all the styles of beer we know in the world. “We turn beer into a commodity,” Mr. Oliver continues, “just as we turn cheese into little yellow slices wrapped in plastic or bread into Wonder Bread.” We made our life easier, yes, but more boring, without any capacity to wonder at the things around us. 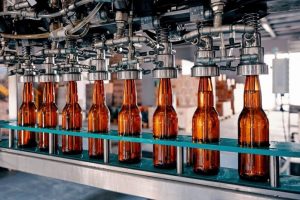 Some successful craft beer manufacturers that have now increased their production volume face the challenge of not depersonalizing their beer as it was precisely its craft status that gave them their initial success. It is a problem that is contemplated in the statutes of the association of artisanal beer producers in the United States that establish, in addition to the maximum volumes allowed, the processes and the quality of the ingredients used. It even establishes the requirements that the owners of these factories must meet, which cannot be related to the industrial macro-breweries of that country. The problem, however, remains and seems to have no definitive solution.

Nothing that has been said so far exempts artisan producers from producing filth, the fact of being a craftsman and being creative does not guarantee that things always have good quality. What is important in any case is that this creativity is applied in continuing to search, exploring, questioning each drink of beer that is taken. But even more important would be that the consumer be the one who demands creativity from those who make beer. It is we, the beer drinkers, who must ultimately drive a renaissance in the art of brewing.

Good beer is not an exact science. At least it shouldn’t be. As we strive to standardize flavors without any tolerance for minor divergences, we are denying beer its ability to surprise us and we are stunting in ourselves what little adventurous spirit we have left.

What new beer did you try this week? Explore, have fun, lose yourself in diversity. Love and peace.