BAJA CALIFORNIA WINE ROUTE, AMONG THE BEST 50 DESTINATIONS OF THE WORLD IN 2017: TRAVEL + LEISURE MAGAZINE 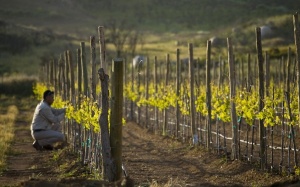 Result of the constant promotion of tourism in Baja California carried out by the State Government headed by Francisco Vega de Lamadrid, through the State Secretary of Tourism (SECTURE); The Wine Route was included in the list of the 50 best places in the world to visit in 2017, according to the international magazine Travel + Leisure, in the article “50 best places to travel in 2017” by journalist Archana Ram.

The Secretary of SECTURE, Oscar Escobedo Carignan, said that this publication is the result of a tour led by the State Secretary of Tourism with the American journalist Archana Ram last July, which covered an itinerary throughout the entity, highlighting its gastronomic and natural richness.

“This is a strategy we have been pushing for a few years; bringing journalists of the most internationally recognized publications and in coordination with the tourist servers, we show them a little of the tourist diversity that our State has; In this way they live first-hand what Baja California is and they can verify our great offer, “said the official.

He explained that just this year positive articles from Baja California have been published in some of the most important international media such as Vogue, New York Times, Food & Travel, National Geographic, among others.

The state official explained that according to the article “50 best places to travel in 2017”, the Wine Route in the Valley of Guadalupe, is a destination of interest due to the variety of wine houses with which it counts, the fact that is offering its visitors author restaurants that show the regional cuisine, as well as providing tourists with different places to stay in comfortable and luxurious resorts, without having to move or leave the area.

It is worth mentioning that in recent months, 32% of tourism registered in Baja California has had tasting local cuisine, including wines and craft beer, as main activity, where the world-famous Wine Route, located about 35 minutes from Ensenada’s Municipality, forms an important part in the gastronomic tour of the visitor.