BAJA CALIFORNIA WILL GO TO “GREEN” IN THE EPIDEMIOLOGICAL TIER STARTING MONDAY, EXCEPT MEXICALI 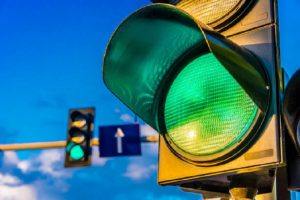 He reported that two of the cities with the most population in the state, Tijuana and Ensenada, have reported favorable trends, such as the low incidence of active cases and adding one million 51 thousand 834 people vaccinated, of which 380 thousand 784 have their complete scheme.

Therefore, the head of the State Executive Power determined the change of color, emphasizing the importance of co-responsibility.

It should be noted that the entity has provided Covid vaccination coverage to older adults, people from 50 to 59 years old, 40 to 49 years old, as well as educational personnel, health workers, pregnant women, and people deprived of liberty.

It will be until next Monday when it will be reported on the activities, capacity, and openings that will be authorized by the Ministry of Health.

Dr. Alonso Pérez Rico, announced that massive events of more than 500 people need a “letter of no inconvenience” from the Ministry of Health, which is granted when the health and safety protocol is reviewed and authorized, always and when the activity is viable and does not involve risks.

He recalled that on Sunday, June 6, they will suspend the vaccination operation throughout the State, due to election day, however, they will resume next Monday.