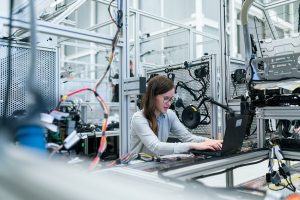 With more than 923 companies in the Manufacturing, Maquiladora, and Export Industry (IMMEX), on which 355,359 jobs depend, Baja California is a national leader in this sector, said Mario Escobedo, Secretary of Sustainable Economy and Tourism (SEST).

Talking to business people, officials and diplomats from the United States and China, the head of the SEST stressed that the Government of Jaime Bonilla Valdez has generated policies to successfully boost employment and investment, even in times of pandemic.

This was said during the protest of the new board of directors of INDEX Zona Costa, which will be headed by Pedro Montejo Peterson, before the Mayor of Tijuana, Karla Ruiz MacFarland, and the Mayor of Ensenada, Armando Ayala Robles.

Mario Escobedo recalled that last year, despite all the difficulties, closed with investments for more than 3,300 million dollars, which represented 36,173 jobs, with exports of more than 59 billion dollars, exceeding 30 % to 2019 records.

“This makes us see the potential we have as a State, because despite the global crises, we have found a way to move forward, and the maquiladora sector is an example of effort and success.”

He took advantage of the forum to thank INDEX Mexicali and Zona Costa, for their support to face the health emergency that is still in force, and although he announced that we are close to reaching green at the epidemiological traffic light, we must continue to abide by health measures so as not to back down.

He also explained that his department works in a collaboration agreement with the Ministry of Economy of the Government of Mexico, to work in a coordinated manner for the benefit of the business sector, with the interest of encouraging investment and employment.

He specified that a strategic investment promotion plan will begin, which will be developed in coordination with the businessmen of the six municipalities of the state, to do what he called “precision shots.”

He added that they have worked successfully with the National Chamber of the Transformation Industry (CANACINTRA), managing to detonate the local supply to move forward.