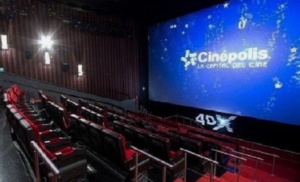 Mexicali, B.C.- In a virtual press conference, Mario Escobedo Carignan, head of the Secretary of Sustainable Economy and Tourism, shared that Baja California is in an economically privileged place compared to other states in the country, as well as the gradual resumption of economic activities.

The Secretary mentioned that Baja California is projected as one of the states with the fastest recovery nationwide, since from January to June of this year, 11,358 formal jobs have been generated (according to Social Security Administration), and had no negative results as in other entities of the country.

In this regard, “this is due to a strategy, and I mean that we have not lost formal jobs (…) headed by the state governor, where we put the cabinet to work on how we could face this great challenge (the pandemic),” said Escobedo. He explained that the advantages of our entity are the geographical location in relation to the proximity with the fifth economy in the world, that is to say: California, as well as its strategic location.

On the other hand, he mentioned that the economic blow or those most affected are small and micro businesses since 165 employers have deactivated and there is no record of medium or large companies that have decided to definitively end their activities, however, In the informal sector, there are still no figures on how many jobs were lost or businesses had to close due to the fact that they could not sustain themselves facing the pandemic since there’s currently not a system to measure it.

The aforementioned resumption will be in relation to the importance of each sector for Baja Californians and respecting the behavior of the newly infected cases. He also mentioned that the current government seeks to take care of the health and well-being of all people, but also their employment and income generation.

The secretary said that he is working on the construction of safety protocols, as well as their due compliance and supervision, adding that, as he has already started on previous occasions, the resumption of activities will be gradual.