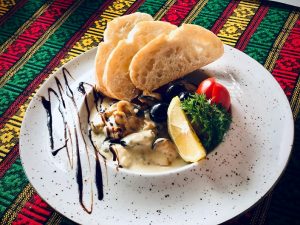 Thirty-two percent of tourists visit Baja California for its gastronomy by being the number one destination for urban cuisine when tourism comes to eat on the streets at seafood stalls, taquerías such as Frances in Tijuana and El Trailero in Ensenada, the state is recognized for the way food and its sauces are prepared, as stated by the Secretary of Sustainable Economy and Tourism (SEST), Mario Escobedo Carignan.

He added that an event is being organized in Mexico City for September, where the best of the State will be presented, referring to its chefs, seafood, meats, craft beer, and the wines of the different valleys of Baja California; for this exhibition, Víctor Garibay promised to receive everyone at the Fónico restaurant in Mexico City.

He stressed that this represents a great opportunity to position Baja California nationally and internationally.

“Another of our actions as Secretariat is the launch of the La Ruta del Mar project, which is a program of the Undersecretariat of Tourism, in this, we are promoting all the fishing centers with beautiful bays and particular gastronomy, the characteristic of the fishermen is that they are delivered and offer the best recipes in their dishes”, said the head of the SEST.

In this Route of the Sea, you can offer the gastronomy of each of the tourist destinations, of each fishing field, you can enjoy the craft beer, characteristic of Baja California.

He pointed out that together with these gastronomic promotion actions, we are at the start of the Baja California Cup, a fishing tournament that is taking place in Bahía de Los Ángeles this weekend; On August 26 and 27 it will be held in San Quintín and Ensenada on September 23 and 24.

Mario Escobedo mentioned that this sport generates a lot of income to the sportfishing sector, attracts regional tourism, from Sonora and Sinaloa that falls in love with this destination that is Bahía de Los Ángeles, who also travel to other points such as La Lobera, visit the Ensenada city and Guadalupe Valley.

He pointed out that there have been around four weeks where all the beach destinations have been full, such as San Felipe with its new airport concession that has been in place for 30 years.

He highlighted that there are two companies interested in obtaining the airport concession and being able to invest a good amount of resources at the San Felipe airport so that it is in the best conditions to continue receiving the tourism that is being received today.

He added that Rosarito is also saturated and in Ensenada, there is a great economic reactivation, of the 44 thousand jobs that are carried in the year, almost 17 thousand jobs are being generated in Ensenada with tourist activity, valleys, export products from the field, particularly tomatoes, about 60% of this product consumed in the United States is exported from Baja California.