Baja California expectant about the period for new government administration 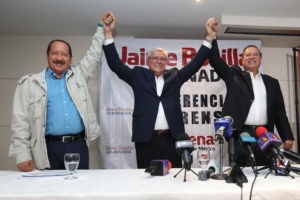 In the middle of a scenario full of controversy, which includes political, social and business controversy; this weekend, the Mandate Extension Consultation was held in Baja California to extend governorship of Jaime Bonilla from 2 to 5 years.

Days before the consultation held on Sunday, October 13, there were a series of statements by COPARMEX,  INE and opposing political parties such as PAN, PRD or Citizen Movement, questioning the modality of the consultation process, as well as the legitimate validity and interests that are at stake.

However, the president of the republic, Andrés Manuel López Obrador, during his visit to a rural hospital in the San Quintín Valley, declared that the Supreme Justice Court of the Nation will be the last instance in sentencing, and will decide legal validity not only about the consultation but of the reform on July 31, where Assemblymembers of the previous legislature modified the law, to extend the governorship from 2019 to 2024, instead of 2019 to 2021.

In spite of everything, the citizen consultation was carried out. The polls for the vote, opened from 10:00 am, and in some municipalities, at 11:00 am, finishing at 5:00 pm and concluding in a day, in which there were some inaccuracies, in addition to some disturbances of attempted theft of surveyed boxes in Tijuana.

Subsequently, it was announced that at 7:00 pm of Sunday, the Special Commission for Citizen Consultation, of the State Congress of Baja California, the results of the consultation were announced through its president, Miriam Elizabeth Cano Núñez.

However, the commission that was accompanied by the Baja California Bar Association, who were observers to support the counting of the surveys, announced that the process was extended until 9:00 p.m. of Monday.

Meanwhile, the counselor of the National Electoral Institute, said that the citizen consultation has no legal support or judicial validation, so it is an unnecessary and misleading exercise. Therefore, it will be the Federal Court, which determines the application of the mandate extension for the state executive for 5 years. Likewise, he stressed that at INE they will analyze requesting an appeal, if necessary.

After going through different stages, a board of the XXIV Legislature in the State Congress of Baja California delivered the package corresponding to the constitutional reform of the transitional article 8 to the current governor, Francisco Vega De la Madrid, where the expansion of governorship of Jaime Bonilla from 2 to 5 years will be published in the Official State Gazette, and enter into force.

It is expected that some opposition parties seek to challenge said reform and reverse the law, trying to look after a constitutional dispute, which will be resolved by the Supreme Court of Justice in the Nation, to determine the validity of this legal remedy, as well as to amend the law within the margins of the State Constitution.