BAJA CALIFORNIA CONSUMERS LEAK TO THE UNITED STATES DURING THE SUMMER

There is a leak of consumers from Baja California to the United States during the summer.

Consumer leakage to US will grow by the price of the dollar. The leak of consumers from Tijuana to the States could increase in the summer with the strength of the peso.

Vacation starts and increases consumer leakage. “We continue to see consumers flee to the United States from Baja California. You see at a glance those long lines every day, although there is a drop in sales in San Ysidro compared to other years, “warned the economist and research professor of El Colef, as well as national researcher of the Conacyt, Dr. Alejandro Diaz Bautista (PhD).

The Mexican peso is at its best moment of the year, as prices reach levels close to those recorded at the beginning of March last year and the perspective of continuing its recovery process. 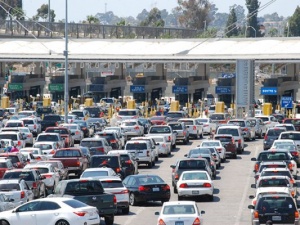 For Tijuana’s residents the dollar costing around 17.3 pesos does influence consumers, but even with that price, they still prefer buying certain products in the United States. However, the price of the dollar at any given moment benefits the tourism sector because those who arrive have more purchasing power in the Mexican side.

For residents on the north side and for those who live here, but working on the north side is positive, because with their dollars they buy more in Mexico. We know that when people are more likely to change dollars, and the exchange rate is low, and they are more likely to cross, the agility of the San Diego crossing encourages consumers to go to the United States to buy.

Of the total consumer leak potential for this 2017 closure, a number has been considered of over $6 billion a year.

Researcher at the Northern Border College (Colef) states that “the phenomenon of consumer leakage is real and does not stop, since citizens across the northern border of Mexico prefer offers in the United States.”