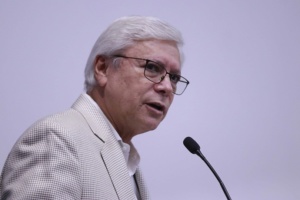 -The well-known “Ley Bonilla 2” fell by 14 votes in favor, 10 against it, and one abstention in the Baja California Congress.

Mexicali, Baja Calfiornia.- The “Bonilla Law 2” was not approved by the state Congress as it did not reach a majority of votes. With 14 votes in favor, 10 against it and one abstention, the state Congress rejected the “Bonilla Law II” initiative since as a constitutional reform it required at least 17 votes of a total of 25 Assemblymembers, which at the end of the day was not achieved last Friday, June 12, 2020.

We are talking about opinion number 47 of the Governance, of the  XXIII Legislature’s Legislation and Constitutional Points Commission, regarding the reform to Article 44 of the Political Constitution of the State of Baja California.

Assemblymember of the Morena party, Montserrat Caballero, was the initiator of such reform, and who is also the president of the Political Coordination Board, whose argument was the advisability of permanently tying the election of the governor of the state of Baja California with that of President of the Republic.

This meant that the governor-elect in 2021 would have to leave office in 2024, for which he would only govern for 3 years when the current one will do it for 2.

However, since it was a reform to the local Constitution, the qualified majority was not achieved, which is at least 17 votes in favor of 25 possible.

The Baja California legislators who voted against opinion 47 were: Rosina del Villar Casas, Aracely Geraldo, Carmen Hernández, Juan Meléndrez Espinoza, all of them from Morena; as well as Gerardo López of the PRD, Rodrigo Otáñez of the PBC, Loreto Quintero and Eva María Vásquez of the PAN, Elí Topete of MC and David Ruvalcaba of the PRI.

Fausto Gallardo of the PVEM justified his abstention, alleging that the topic was not discussed enough.

The National Action Party legislator celebrated the triumph of legality and reason over the rule of force that sought to approve said initiative on a whim, which would only produce discomfort and social confusion, in addition to recognizing the will of Baja Californians to raise the voice against this measure.

Vásquez Hernández pointed out that the election tie had already its legislative legal moment and was the result of a long period of consensus.

She stressed the importance of taking into account the considerations supported by the Supreme Court of Justice of the Nation on May 11 when the unconstitutionality action of the Bonilla Law 1 was decided, so as not to incur in a violation with the Bonilla Law 2 once again.

Businessmen, community leaders, members of the society, and political parties in Baja Calfornia had expressed their rejection to the “Ley Bonilla 2” arguing that it was considered fraud to the Constitution and that it violated the democratic principles that govern the legislative function of the state.