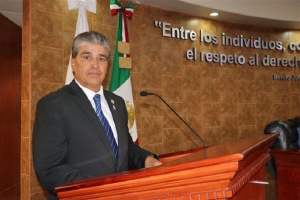 Mexicali, BC- The Plenary of the State Congress of Baja California unanimously approved during the last ordinary session, an initiative of Assemblymember Sergio Tolento Hernández (PAN), which modifies Articles 10, 13 and 22 Bis of the Law of Promotion of Competitiveness and Economic Development of Baja California, whose purpose is that the state government provides fiscal incentives to companies that hire single mothers.

Likewise, so that the State Executive counts within the Legislative Power and its annual expenditure budget, the resource that will be used to finance the Development Fund for Economic Development. On the other hand, with the approval of this initiative, the Executive, through the Ministry of Economic Development, should carry out promotional campaigns on the investment fund to finance micro-loans for women, especially for single mothers.

In his argument, Tolento Hernández mentioned that “the Employers’ Confederation of the Mexican Republic called on the federal and state governments to implement tax incentive programs for companies that hire single mothers, and that these also promote conditions that facilitate the integration of work and family life. This call cannot go unnoticed and should be welcomed with immediate action in Baja California. ” 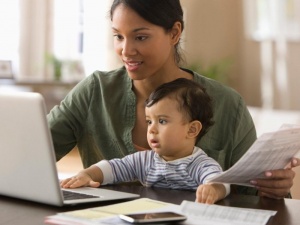 He assured that the work dynamics in Baja California is, without a doubt, one of the main priorities for the State; This is because a person with employment is a person who not only contributes to economic development but also to the economic stability of their family. Hence the importance, said the popular representative of the sixth district of Mexicali, of generating new schemes that encourage and motivate investment to generate jobs in the business sector, and the detonation of entrepreneurial projects that diminish informal commerce.

Finally, Assemblymember Sergio Tolento said that “government, employers, workers, and civil society must change the traditional paradigm to generate various actions that allow women to make compatible the world of work with the family and their role as mothers, so that companies can offer better conditions to keep the working mothers’ talent in the productive sector, and so that the government recognizes this effort through tax incentives.”