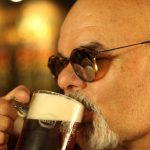 The history of beer in Baja California begins in Mexicali thanks to Senator Andrew Volstead, who on January 1, 1920, blew up the Constitutional Amendment 18 that prohibited the manufacture, distribution, sale, and consumption of alcoholic beverages in the United States.

“Tonight – said Volstead – a minute after 12, a new nation will be born. The demon of the drink makes a will. An era of clear ideas and clean manners is beginning…” he imagined a country without vices and heading towards a future of prosperity and pristine morals. Instead, it began one of the darkest times in the country’s history. More than 100,000 speakeasies and large criminal empires emerge that made huge profits from the illegal trade of alcoholic beverages.

At first, it was Canada that contributed millions of liters of whiskey to smugglers who supplied the speakeasies of the north. Others turned to Mexico, where they saw an opportunity to brew beer near the border to “import” it quickly.

The lawsuit on the southern border of the United States from San Francisco to San Diego was huge and the provider was simply crossing a weak borderline where everything went through.

In this context, the Compañía Cervecera Azteca S.A. emerged in Mexicali in 1921. Soon after, the Mexicali Brewery was established in 1924. Immediately the production of both brands floods the city with beer, attracting thousands of visitors from the United States who came to enjoy the great pleasures offered by bars, brothels, game rooms, gambling dens, and others. However, the large amount of beer sold in Mexicali did not compare to the large volumes of beer that were illegally shipped across the border to be distributed in California, Arizona, and Texas. Everything was perfectly arranged with the border authorities so that this vital, highly demanded liquid would not stop flowing. 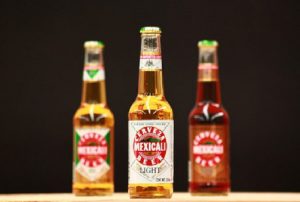 The visits to Mexicali of the famous Gangster Alfonso Capone are well known, who, in addition, dedicated himself to buying bankrupt liquor factories to move them south and put them into operation. His partner Frank Nitty also traveled with Capone, which became a well-regarded event by the authorities and local media who knew the great benefits that this meant for the city. During their stay, they had fun visiting trendy places like El Tecolote and the Imperial Cabaret, where they enjoyed luxurious varieties, abundant drinks, and the company of attentive hostesses.

In 1927 the Azteca brewery burned up, leaving the way to Cervecería Mexicali, which is left with the market abandoned by its competitor. Finally, Aztec Brewing moved in 1933 to the city of San Diego.

Mexicali brewery continued to operate with great success for many years, brewing its traditional Pilsner-style beer using malt from the United States, hops from Bohemia, rice from Sonora, and water from the Colorado River. Between 1928 and 1952 they built an administrative building, a malting plant, cellars, patios, and an elevated tank, which has become part of the city’s landscape.

The end of the prohibition in 1933 also began the deterioration of the emporium created by the Mexicali Brewery and of the tourist infrastructure that made this city internationally famous.

The Mexicali Brewery closed its doors in 1973, leaving behind an accumulation of stories, anecdotes, and legends that still remain in the memory of many residents of the city and in various books and historical documents.