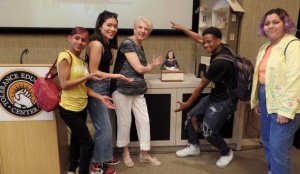 “In the midst of the last generation of Holocaust survivors, we must do everything possible to preserve and share these stories so that the world will never forget this harrowing chapter of history. By ensuring that these voices and experiences live on, we can help instill greater tolerance, acceptance, and respect within future generations,” said Assemblymember Eduardo Garcia.

Rose was a child survivor, whose family was forced to flee from several countries to escape the Nazis. She lost several family members including her father who was shot and left to die on the street. Rose’s mother made her way safely to Serbia with only a suitcase and her child. After the war they returned to Poland only to find their hometown entirely destroyed and end up in a camp for the displaced in Germany. On U.S. Independence Day 1949, Rose and her mother finally arrived in Detroit, Michigan to start the next chapter of their lives. 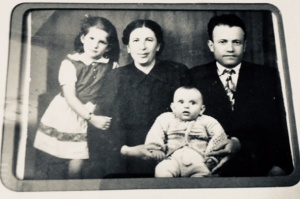 Garcia continued, “Each Holocaust survivor and liberator’s story is unique.  It is a privilege to be able to honor Rose and share the experience of this courageous and resilient woman.”

In April, the California Legislative Jewish Caucus hosted their annual Holocaust Remembrance Celebration at the State Capitol. During that ceremony, Assemblymember Garcia recognized the Holocaust story of Barbara Stenning another Coachella Valley local whose family was forced to flee Germany in World War II. Stenning represented the 56th Assembly District among other survivors, families of survivors and liberators from across the state. Stenning has submitted several letters and pieces of family memorabilia to the Holocaust Museum in Los Angeles.