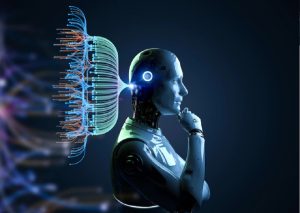 As Artificial Intelligence becomes an important part of our daily lives and benefits the world in many ways, there are also side effects that can do irreversible damage to humanity.

As machines become increasingly capable, tasks considered to require “intelligence” are often removed from the definition of AI, a phenomenon known as the AI effect. For instance, optical character recognition is frequently excluded from things considered to be AI, having become a routine technology.

In the past, technology has tended to increase rather than reduce total employment, but economists acknowledge that “we’re in uncharted territory” with AI. A survey of economists showed disagreement about whether the increasing use of robots and AI will cause a substantial increase in long-term unemployment, but they generally agree that it could be a net benefit if productivity gains are redistributed.

Unlike previous waves of automation, many middle-class jobs may be eliminated by artificial intelligence; The Economist states that “the worry that AI could do to white-collar jobs what steam power did to blue-collar ones during the Industrial Revolution” is “worth taking seriously”. Jobs at extreme risk range from paralegals to fast food cooks, while job demand is likely to increase for care-related professions ranging from personal healthcare to the clergy.

As per the World Economic Forum, Artificial Intelligence automation replaced more than 75 million jobs by 2022. Some of the figures are even more daunting.

According to a report by Mckinsey, AI-based robots could replace 30% of the current global workforce. Venture Capitalist Kai-Fu Lee says, 40% of the world’s jobs will be replaced by AI-based bots in the next 10-15 years. Low-income and low-skilled workers will be the worst hit by this change. As AI becomes smarter by the day even the high-paid workers become more vulnerable to job losses as, given the high cost of skilled workers, the companies get better margins by automating their work.

Therefore, some claim that there is always a chance of unemployment as a result of chatbots and robots replacing humans.

But artificial intelligence can also have ethical and emotional implications that can affect humans.

AI can make humans lazy since AI applications automate the majority of tedious and repetitive tasks. In addition, they have no ethics so they can’t know the difference between right and wrong. The rapid progress of AI has raised several concerns that one day, AI will grow uncontrollably, and eventually wipe out humanity. This moment is referred to as the AI singularity.

An AI is also emotionless. Since early childhood, we have been taught that neither computers nor other machines have feelings. Humans function as a team, and team management is essential for achieving goals.