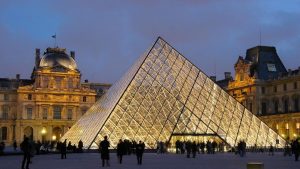 Americans haven’t been able to visit Europe on nonessential trips for over a year, but that now looks set to change.

Fully vaccinated tourists from the States will be able to come to the European Union over the summer, Ursula von der Leyen, president of the European Commission, has recently told the New York Times.

Since March 2020, the European Union (E.U.) has banned nonessential travel to Europe for Americans. Now, as the U.S. transitions from being among the countries hardest hit by the pandemic to one at the forefront of global vaccine rollout, it looks like this travel restriction may finally change in the coming months, per an announcement made by the head of the European Commission on April 25.

“The Americans, as far as I can see, use European Medicines Agency-approved vaccines,” said Ursula von der Leyen, president of the European Commission, in a Sunday interview with the New York Times in Brussels. “This will enable free movement and the travel to the European Union. Because one thing is clear: All 27 member states will accept, unconditionally, all those who are vaccinated with vaccines that are approved by E.M.A.” The E.M.A., or the European Medicines Agency, is the drugs regulator for the European Union and has approved all three vaccines (Pfizer, Moderna, and Johnson & Johnson) currently being administered in the United States.

Advance talks between the States and the E.U. about enabling vaccine passports have been taking place for weeks.

Precise details and an exact timeline of when borders may open have not yet been released, but these talks are a hopeful sign of a breezier future. Greece has already announced that Americans who can show proof of vaccination or a negative COVID-19 test can now visit the holiday hotspot.

Just last week, President Emmanuel Macron of France said that the country would be opening to European citizens and Americans next month, based on the creation of a “special pass” for vaccinated individuals.

But not everything is good news.

The U.S. told its citizens to get out of India as soon as possible as the country’s Covid-19 crisis worsens at an astonishing pace.

In a Level 4 travel advisory — the highest of its kind issued by the State Department — U.S. citizens were told: “not to travel to India or to leave as soon as it is safe to do so.” There are 14 direct daily flights between India and the U.S. and other services that connect through Europe, the department said.

Indian authorities and hospitals are struggling to cope with unprecedented Covid infections and deaths. Official data on Thursday showed new cases rose by a staggering 379,257 over the prior 24 hours, another record, while 3,645 additional lives were lost. More than 204,800 people have died.