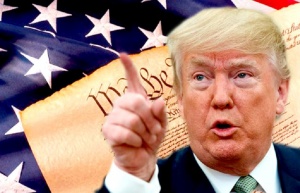 WASHINGTON.- President Donald Trump said a few days ago in an interview that he plans to sign an executive order to eliminate birthright citizenship, a principle enshrined in the U.S. Constitution that grants citizenship to any person born within the territory of the United States.

The 14th Amendment to the Constitution affirms that, with very few exceptions, all persons born in the United States are U.S. citizens, regardless of the immigration status of their parents. The Supreme Court has upheld the principle of birthright citizenship for more than a century.

The following statement is from Beth Werlin, executive director of the American Immigration Council:

“No president can change the Constitution with the stroke of a pen. The only way to eliminate birthright citizenship would be through a new Constitutional amendment. Such an amendment would further divide this nation, create stateless individuals who are citizens of no country, and impose a significant burden on all Americans who would no longer have an easy and inexpensive way to prove their citizenship. At a time of increasing partisan disagreement and heinous acts carried out in the name of preventing immigration, we call on the president to focus on uniting the nation rather than dividing it.”

Maria Frausto at the American Immigration Council, mfrausto@immcouncil.org or 202-507-7526.

The American Immigration Council works to strengthen America by shaping how America thinks about and acts towards immigrants and immigration and by working toward a more fair and just immigration system that opens its doors to those in need of protection and unleashes the energy and skills that immigrants bring. The Council brings together problem solvers and employs four coordinated approaches to advance change—litigation, research, legislative and administrative advocacy, and communications. Follow the latest Council news and information on ImmigrationImpact.com and Twitter.