On September 25 of 2015, the UN General Assembly adopted the Agenda 2030 for Sustainable Development, they called for an action plan in favor of people, the planet and prosperity, which also intends to strengthen universal peace and access to justice.

The agenda recognizes that the greatest challenge in today’s world is the eradication of poverty, and until this is achieved there can be no sustainable development. The Agenda proposes 17 Goals with 169 targets of an integrated and indivisible nature that cover the economic, social and environmental spheres.

In the resolution, the States indicated:

“We are determined to end poverty and hunger around the world by 2030, to combat inequalities within and between countries, to build peaceful, just and inclusive societies, to protect human rights and to promote gender equality and the empowerment of women and girls, and to ensure lasting protection of the planet and its natural resources”.

It is important to point out that the countries have acquired a common and universal commitment through the Agenda, however, the reality is that each country faces specific challenges to achieving sustainable development, likewise, each State has full sovereignty over its wealth, resources and economic activity, so each one should set their own national goals, adhering to the Agenda Goals.

An aspect of great importance that should be mentioned is that for the first time companies are incorporated within the logical framework of the application of the Agenda 2030, the States recognize the power that companies have and therefore not only the State has the obligation to do something for peace and security, but we are all challenged, both the State and Individuals must act in accordance with the Goals and Targets of the Agenda 2030.

In that same matter, human rights are those that set the limits of the power of the State, traditionally it is understood that the actors with power in our Societies are the States, however, today there are other actors with immense power in Society such as Corporations and Civil Society (for example, NGOs). 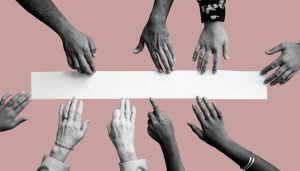 Corporations can be essential actors in promoting the economic development of a community and human rights, therefore it is understood that through them a guarantee of peace and security can also be obtained. In this sense, Agenda 2030 recognizes the foregoing, which it includes within its Goals and Targets to take into account that corporations and Civil Society must also collaborate for the promotion and application of human rights.

The Agenda 2030 is an ambitious plan, we are at 7 years after its adoption and we have not yet seen significant progress in the States towards its fulfillment, some States have stated that COVID-19 came to set back all the progress and work in compliance with the Agenda, however, there are still 8 years to complete the global development programs to which the States have committed. In order to comply with the Agenda 2030, Mexico has a National Council for the Agenda 2030 for Sustainable Development.