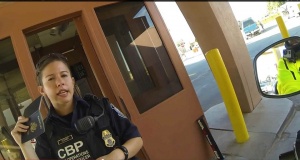 SAN DIEGO – Yesterday, the Ninth Circuit Court of Appeals issued an opinion in Askins et al. v. DHS. The case involves the public’s First Amendment right to photograph and record matters and events exposed to public view from outdoor and exterior areas at or near ports of entry.

The ACLU of San Diego & Imperial Counties filed the lawsuit against the Department of Homeland Security (DHS) in 2012 on behalf of border policy reform advocates, Ray Askins and Christian Ramirez, who both attempted to photograph U.S. Customs and Border Protection (CBP) activities near ports of entry in Southern California. CBP argued that it could unilaterally designate any area a “port of entry” and thereafter prevent members of the public from photographing or otherwise recording. The district court agreed, holding that a generalized “interest in border security” sufficed to override the First Amendment.

The Ninth Circuit reversed, vacated the district court’s prior decision and remanded for discovery. In an opinion authored by Circuit Judge Jay Bybee, the court emphasized that the government bears the burden of proving that restrictions on First Amendment-protected activities comply with constitutional requirements and that it “cannot do so through general assertions of national security.”

“Although the case is in its early stages, this is a critical victory for the First Amendment and for border residents, journalists and others who wish to exercise their First Amendment rights to hold CBP — our nation’s largest law enforcement agency — accountable for its actions,” said Mitra Ebadolahi, Senior Staff Attorney for the ACLU of San Diego & Imperial County’s Border Litigation Project.

This is one of two the Border Litigation Project’s First Amendment lawsuits. Earlier this year, the Ninth Circuit also sided with the ACLU in Jacobson et al. v. DHS, a case about the First Amendment right to record, monitor and protest Border Patrol’s interior checkpoints.

By: Javier Sánchez Valenzuela “El Cerveciáfilo” I don’t know why doctors and nutritionists disagree. Someone …