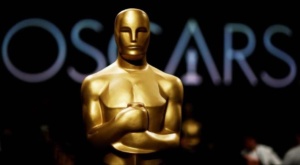 The Academy of Motion Picture Arts and Sciences announced on June 15 that the 2021 ceremony would officially be moved to Sunday, April 25.

The ceremony was previously scheduled for February 28. Since much about the Covid-19 pandemic remains unclear, from treatment and vaccine timelines to the safety of large gatherings in early 2021, there’s no telling what form the ceremony will take. It could be held virtually, presented with a limited in-person audience, or some other option.

The COVID-19 pandemic and its impact on the film industry — including interruptions to film production, and the nationwide closures of cinemas due to restrictions on commerce and public gatherings — is expected to have a major impact on the Academy Awards.

In particular, the Academy Awards require films to have received a theatrical release in the previous calendar year, in at least one cinema in Los Angeles County for at least seven days, in order to be eligible. The Golden Globe Awards had changed its criteria for its 2021 edition to allow films originally scheduled to have a “bona fide theatrical release” in Los Angeles between March 15 and April 30 to be eligible if released direct-to-streaming. In regards to the Oscars, the Academy stated that it was “in the process of evaluating all aspects of this uncertain landscape and what changes may need to be made”.

There were talks of postponing or even cancelling the upcoming ceremony. On June 15, 2020, the Academy announced that the ceremony would be delayed by two months from February 28, 2021, to April 25, 2021, and the eligibility periods for feature films would be extended through February 28, 2021.

In a joint statement, AMPAS’ President and CEO David Rubin and Dawn Hudson explained that “for over a century, movies have played an important role in comforting, inspiring, and entertaining us during the darkest of times. They certainly have this year. Our hope, in extending the eligibility period and our Awards date, is to provide the flexibility filmmakers need to finish and release their films without being penalized for something beyond anyone’s control.”