Breaking News
Home / LEGAL / ABA PRESIDENT LINDA A. KLEIN ON INDEPENDENCE OF THE JUDICIARY, THE RULE OF LAW AND IMMIGRATION

ABA PRESIDENT LINDA A. KLEIN ON INDEPENDENCE OF THE JUDICIARY, THE RULE OF LAW AND IMMIGRATION 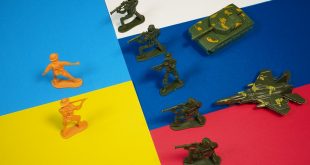 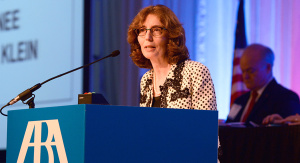 WASHINGTON — American Bar Association President Linda A. Klein Monday called personal attacks on judges “attacks on our Constitution” and warned that it is vital that the judiciary remains independent and free from political pressure.

“There are no ‘so-called judges’ in America,” she said Monday in a speech to the ABA’s governing House of Delegates at its Midyear Meeting in Miami. “There are simply judges – fair and impartial. And we must keep it that way.”

Turning to immigration, Klein told the House of Delegates that significant portions of recent Executive Orders on immigration “jeopardize fundamental principles of justice, due process and the rule of law.”

“Under the rule of law, we owe due process to all, including those who face deportation,” she said.

Klein praised lawyers who had rushed to airports where immigrants were detained, noting that “it is important that lawyers represent their clients’ interests – even unpopular interests – without fear of retaliation or persecution.” And she announced that the ABA, working with the American Immigration Lawyers Association, has helped set up a website to coordinate the volunteer efforts of lawyers responding to the president’s travel ban. The website is live now at www.immigrationjustice.us.

The full speech is available here.

With more than 400,000 members, the American Bar Association is one of the largest voluntary professional membership organizations in the world. As the national voice of the legal profession, the ABA works to improve the administration of justice, promotes programs that assist lawyers and judges in their work, accredits law schools, provides continuing legal education, and works to build public understanding around the world of the importance of the rule of law. View our privacy statement online. Follow the latest ABA news at www.americanbar.org/news and on Twitter @ABANews. 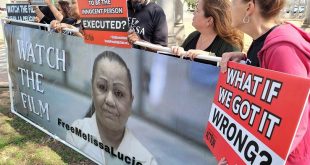