A Second Chance to Continue In The Right Direction

The time has come and the deadline expired for the candidates running for office this November. Candidates took their nomination papers to ask for signatures so they could qualify for the ballot. For the most part, they are candidates that want to serve their community and make a difference.

The day after Labor Day is when campaigning begins. Candidates began putting their signs all over town and have now begun to meet the voters.

Calexico has been for many years a focal point in politics valley wide-but not in a good way. For about ten years, Calexico suffered one of its darkest moments with the severe political chaos that hindered the growth and progress of a city that has everything to succeed. Calexico did not go anywhere and lost a decade in which they had the opportunity to grow and become the economic power of the Imperial Valley. 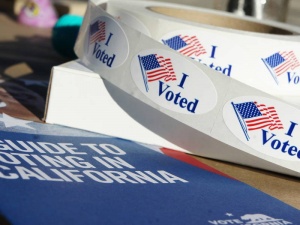 In recent years this has slowly changed. A new administration has arrived that is setting goals and objectives to bring a new identity to the city, promote Calexico and show investors that the city is the ideal place to do business and create jobs. There is a lot to be done and the road ahead is long. The council now is a balanced council that is working well with the administration. They might not agree on everything but it seems the current council is working as a team and working towards a better Calexico.

Now, election time has arrived again and there are candidates running for council. The candidates that get elected this year need to look at the overall picture and work along with the council to make sure Calexico can be on track to economic recovery and bring the jobs the city needs. It is also important for the candidates to make their best effort to bring Calexico back in its feet but also to bring back the pride to the residents. For too long, Calexico’s bad reputation has made some residents ashamed of living here or tell people that they live in Calexico. That needs to change.

These candidates running for office should work to make residents proud of their city once again and show that Calexico is more than the negative image and mistakes of the past. Calexico should not be a mediocre city but rather a border community that welcomes development and a progressive vision. City Council candidates need to be the ones that will have the city change the chapter and bring community pride back to the heart of its residents. If that happens, Calexico can achieve anything that it wants.