The genetic material inside each of our cells, which gives us our identity, and makes us who we are, over time is altered, and gradually changing by the action of the environment to which you are exposed, and as we age, this is a completely normal process, and over time that information becomes inheritable information.

If a person is exposed to stress, to cigarettes, to alcohol, the DNA is probably filled with defects, and could send the order, if I have the tendency, that the cells reproduce without control, causing cancer, that is why If there is a history of cancer in a family, the descendants of that family are more likely to suffer from cancer due to this mutated information.

Epigenetics is an adaptive mechanism, so that the descendants of living beings, adapt more easily to the environment in which their parents are, but the other side of the coin is that it can cause diseases, due to the rapidity of change in those conditions. 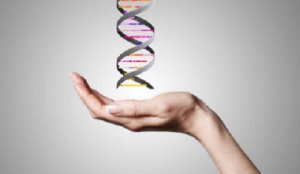 For example, the descendants of survivors of the concentration camps in Second World War have an abnormal regulation of stress-related hormones, being more likely to suffer from post-traumatic stress disorder, depression, dyslipidemias, diabetes, vascular problems , and metabolic syndromes, because they were born adapted to a very low diet, which makes them sensitive to a normal or high-calorie diet, such as that of developed countries, this due to a greater number of methylations in a portion of their genome, specifically intron 7 of FKBP5.

Epigenetics is the method of nature to prepare offspring for the conditions in which parents find themselves, a very punctual example is given in the abnormal regulation of stress hormones found in descendants of survivors of the holocaust and other traumas, which, according to the studies, they are more likely to suffer from Post-traumatic Stress Disorder, this due to a greater relative number of survivors’ methylations in intron 7 of FKBP5, which in their descendants is observed in a relatively smaller number of methylations.

In humans, this has also increased. It seems that we have a greater genetic tendency to depression, anxiety, and neurosis. This is due to the strong conflicts that our ancestors have experienced and also to the selfish individualism that we are suffering today.

Those are examples of epigenetics. It is a science derived from genetics.