Hypothesis of Ripple Effect in the World Economy: Widespread contagion and world recession 2020

The magnitude of the negative economic impact caused by the coronavirus in China extends to the developed economies of Asia, Europe and now in the United States and throughout North America, seriously affecting consumer confidence, travel, and prices. energy and even spending, personal income and employment.

The exchange rate has also been impacted by emerging economies such as Mexico. “The analysis indicates that there are serious negative economic effects in 2020 caused by the outbreak of the coronavirus called Covid-19 on the national and world economic prospects,” warned Colef economist and research professor, Dr. Alejandro Díaz Bautista.

The International Monetary Fund (IMF) states that the current crisis could become the worst global economic recession in about 90 years, since the Great Depression of the early 1930s during the last century.

After a meeting with G20 economic ministers and central bankers, the fund issued a statement in which it assures that the current perspectives for the world economy in 2020 point out to an economic recession at least as severe as that experienced in the financial crisis started in 2008.

The coronavirus has managed to stop the economic activity of planet Earth in such a way that what a few months ago pointed to a growth of more than 3% in 2020, has now become a setback that will approach negative 2% in 2020.

Economic growth was subdued in early 2020 but was stabilizing when the Covid-19 hit.

Restrictions on the movement of people, goods and services in the world and in North America, and sanitary containment measures applied, such as not leaving home, closing schools, closing non-vital businesses, closing factories, Store closings, in addition to the drop in the industrial sector, cause a drop in world demand. 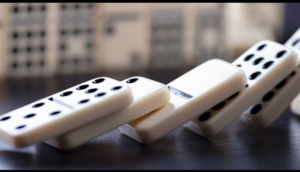 The economic impact on the rest of the world through business trips and tourism, supply chains, raw materials, the fall in confidence, the drop in oil prices and the increase in unemployment are of magnitudes rarely seen in the world.

Forecasts for the performance of the Mexican economy in this year 2020 continue to deteriorate due to the negative effects of the coronavirus and the lack of an economic policy that can slow the decline of the economy.

Economic and financial analysts see the risk of an economic recession similar to the one that occurred during the 2009 crisis when GDP fell to 5.3 percent.

A great risk is that the United States closes the border with Mexico completely, which would further impact the economy of the 6 states on the northern border and the entire country.

Bank of America (BofA) estimated that Mexico’s economy will drop 4.5 percent in 2020, derived from the aggravation caused by the coronavirus. While Credit Suisse cut its forecast to a 4.0 percent drop, and Morgan Stanley also has a forecast of a 2.7 percent drop for the full year.

Finally, we expect a recovery in 2021, if health systems around the world can be strengthened to overcome the current crisis. The economic impact in 2020 is severe, but the sooner we stop the coronavirus, the faster and stronger the national and global economic recovery will be.