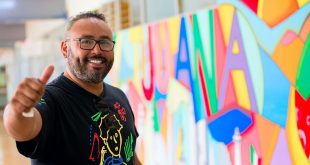 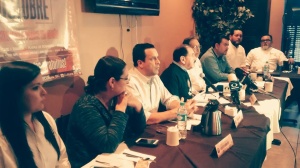 Mexicali, Baja California. September 26th, 2016.- The Institute of Culture (ICBC) will be celebrating the first 15 years of its October Festival, announced under the slogan “Culture Flourishes in Autumn,” which will be held throughout the month and throughout the State, presenting over 88 events.

The Director of the Institute of Culture, Manuel Felipe Bejarano Giacoman, said in a press conference that five and a half million pesos will be invested in the festival, with the aim of bringing culture to the different corners of the State with FREE events for the public.

More than 30 thousand Baja Californians from Tijuana, Mexicali and San Quintin are expected to attend such events in order to preserve, promote and disseminate culture and the different artistic expressions within the population.

The festival will come to San Felipe, Guadalupe Victoria and Algodones, with various presentations in Bahia de los Angeles and San Quintin, in addition to the five state municipalities.

By: Javier Sanchez, “El Cerveciafilo”. Mexicali is a very different place than the regions in …