Tijuana Innovadora preparing the largest free digital event in the region: “Tijuana is the Future” 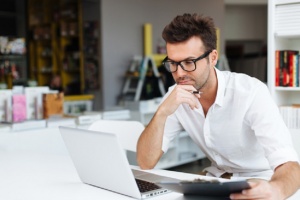 Employers Will Have To Adjust To New Generation

There’s a new generation in town and it’s one that employers better get ready for, because it’s 23 million strong and will be flooding the workforce by the end of the decade.

Ladies and gentlemen, meet Generation Z; a confidence-filled group that doesn’t want to miss a thing, has the shortest attention span of any generation and isn’t quite as open as its predecessors – the millennials – from whom they learned that not everything needs to be shared online.

“If you try to treat those in Generation Z (born in the mid to late ‘90s, mostly to Generation X parents) like you treated Millennials (born in the early ‘80s to mid ‘90s, mostly to Baby Boomer parents), it will backfire on you,” says Matt Stewart, co-founder of College Works Painting (www.collegeworks.com). “This generation is unique. And now they are starting to enter the workforce.”

Thanks to his role at College Works Painting, which offers internships that help undergraduate students gain real-life business management experience, Stewart has gained a first-hand look at both the Millennials and Generation Z. And there certainly are differences between the two: