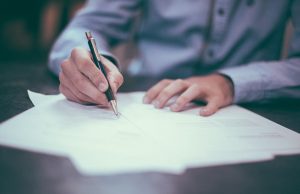 For more than a year, small business employers have struggled to fill open positions. And while 51% are still trying to find workers for those posts, there’s been a significant shift in the labor situation this summer.

Now, 45% say they’ve put any hiring on hold, largely because of high labor costs and skyrocketing inflation, and an average of 4% say they’re starting to reduce their staffing to improve the financial health of their businesses.

To further illustrate the economic landscape contributing to this situation, only 26% of all SMBs tell us they’ve fully recovered to pre-COVID revenue levels, and 60% say their labor costs have increased. 18% say wages required by workers are now 25% higher than they were before COVID.

Beyond responding to labor costs and inflation, several poll takers also noted that they’re bracing for the negative effects of a potential recession. In a related survey of 4,739 small business owners, conducted from 6/23/22 to 7/19/22, 48% said they believe we are already in a recession, and another 32% predict it’s coming later this year.

Finally, some employers noted that they have learned to live without the extra staff, making other changes and/or working longer hours themselves.

Here’s what small business employers in the following industries told us regarding their hiring situation right now:

Effects Are Even Higher Among Minority-Owned Firms

Examining the demographics of our poll takers, it can be seen, yet again, that disadvantaged, small firms are having an even harder time with this latest chapter of the hiring crisis.

58% of minority business owners said they must implement a hiring freeze right now to help their chances of staying afloat.

More than half of the women-owned companies (51%) polled are not hiring right now, along with 45% of nonminority-owned firms, and 40% owned by veterans.