The economic cost of “One Day Without Women” strike in Mexico reached 43.5 billion pesos 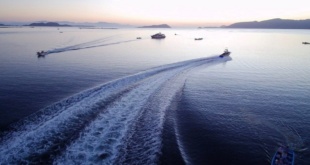 The economic value of unpaid work in domestic work and care of women represents 23.5% of the country’s GDP. According to INEGI data in the “Satellite Account of the Unpaid Work of Households in Mexico, 2018”, which provides information on the economic valuation of unpaid work that household members perform in the generation of services required for satisfaction of their needs, showing the importance of this type of work in the consumption and well-being of the population.

Women suffer income inequalities in the labor market, regardless of their educational level. Figures from the Organization for Economic Cooperation and Development (OECD) indicate that the difference in wages between women and men is 14 percent, a number that increases if university studies are considered.

While the first estimates of “One Day Without Women” has a cost of at least a reduction of up to a tenth of Mexico’s GDP, which is very significant for one day. The Citibanamex group considered that the economic impact in a moderate scenario is estimated at 12 billion pesos. 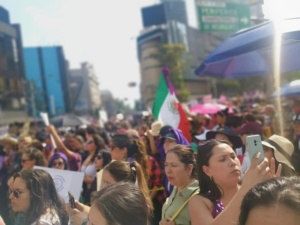 In a day without women where everyone stops consuming and working, both in their workplaces and at home, the impact would reach 43.5 billion pesos, which is equivalent to 50.7 percent of the total taxes of the economy in a single day.

Citibanamex stressed that social and cultural conditions in Mexico have led to the participation of women in the labor market being one of the lowest: 45 percent, a lower figure compared to the Latin American average, which is 57 percent.

The BBVA group estimated the economic impact at 34,571 million pesos, an amount that considers both remunerated economic activities, which are equivalent to 23,200 million pesos, and other work carried out by women who do not contemplate a monetary earning (11 thousand 371 million).

While the Confederation of National Chambers of Commerce, Services and Tourism (Concanaco), indicated that the strike of women on March 9 would cost the Mexican economy more than 26 thousand 300 million pesos.

These data were thrown when perceiving the impact that women have in the productive sectors. 40% of the companies’ workforce are women, especially within the services, commerce and tourism sectors, says Concanaco.