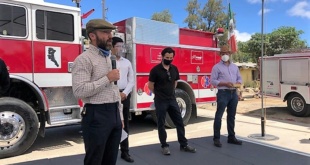 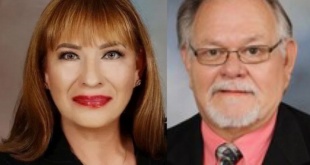 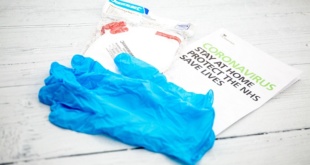 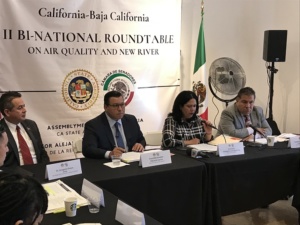 The committee met at the John Steppling Art Gallery at the SDSU Campus in Calexico were representatives from the state of California and Baja California discussed strengthening cooperation on environmental issues impacting the border health of their shared border region.

This was a follow-up meeting from last year that took place in Oct. 2018.

Senador Leon said that last year the committee discussed border infrastructure, climate change, and the expansion of the Calexico West Port of Entry that is needed to reduce border wait time that will help reduce pollution created by the long border wait times.

The Office of California Speaker Anthony Rendon has started a dialogue with Mexico. A representative of the speaker’s office of protocol said that they have worked closely with the Mexican government and developed positive ties with President Andres Manuel Lopez Obrador. Cross-water pollution in the Tijuana River Watershed will be the program’s inaugural focus; in future years, they will explore a deep dive into other policy areas, including health, the future work, clean energy, trade, and immigration, among others.

Richard Corey, Executive Officer State Resources Board, spoke about Assembly Bill 617 establishes a new way of improving quality in California communities heavily impacted by air pollution. This is the first-of-its-kind effort involves the California Air Resources Board working with local residents, air districts and others to identify problems, develop solutions and track progress together.

For his part, Matt Dessert from the Imperial County Air Pollution Control Office explained the work of the emissions program plan for the El Centro-Heber-Calexico corridor. The main health objectives of this plan are reducing exposure to toxic air contaminants that contribute to cumulative exposure burdens within selected communities and reduce particulate matter less than 2.5 microns.

In regards to the New Rivet, the New River Improvement Project was created by Assembly Bill 1079, in 2009 by former Assemblyman Manuel Perez. AB 1079 also required the California-Mexico Border Relations Council to develop a strategic plan to guide its implementation.

The New River Improvement Project also envisions a pedestrian and bicycle parkway that would run along the river in the Calexico area and supports the Calexico New River Parkway development. Calexico Assistant City Manager Miguel Figueroa said the construction of the parkway will come soon.