15 Things to Eat and Drink in Baja California 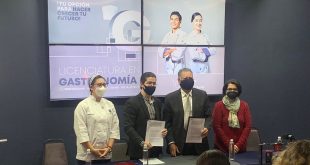 Harvest Festival Paellas 2021: An autumn celebration with wine and paellas by the sea

Baja California – the peninsula in northwestern Mexico that separates the Pacific Ocean from the Gulf of California – is a vivid example of the incredible cultural mix that makes up Mexican cuisine. Wine, olives and olive oil mix with Chinese dishes, seafood, and garden produce. Together with margaritas, clamatos and beer, they make dinner a feast well suited for Greek gods and Roman emperors.

We bring you 15 culinary treats from Baja.

Many people assume the famous Caesar salad originated in Italy, but in fact the mix that came to be known as Caesar salad was born at Hotel Cesar in Tijuana. The story goes that in 1940, chef Livo Santini whipped up a salad with the only ingredients he had – including lettuce, egg and croutons – for a group of pilots. Thus, a limited larder and a chef’s imagination gave birth to a world-renowned dish that has spawned numerous variations.

This drink, made of tomato juice and clams, has captivated millions of people around the world. An American firm popularized it, giving birth to multiple cocktails, but the original recipe was put together at El Acueducto bar at the Hotel Lucerna in Mexicali, the capital of the state. 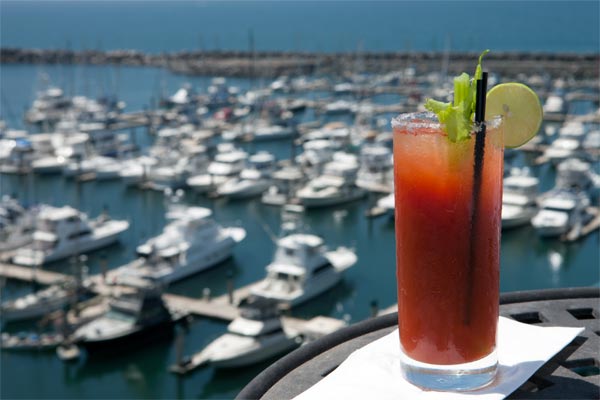 Think margaritas, think Mexico. But what many people don’t know is that this refreshing pick-me-up originated in Baja. In 1948, David Negrete Covarruvias, working at Bar Andaluz in the famous Hotel Rivera, made the cocktail for the first time. It was named after Margarita King Plan, the then-owner of the hotel, a fan of salty tipples.

Even though it’s not originally from Mexico, salicornia has recently become important. Much like asparagus and with a salty taste, this little plant from the bay of San Blas has become one of the most widely used ingredients in Baja Med cuisine. Find it on the menu at Javier Plascencia’s Misión 19, inTijuana, chef Diego Hernández Baquedano’s Corazón del Tierra in Valle de Guadalupe. 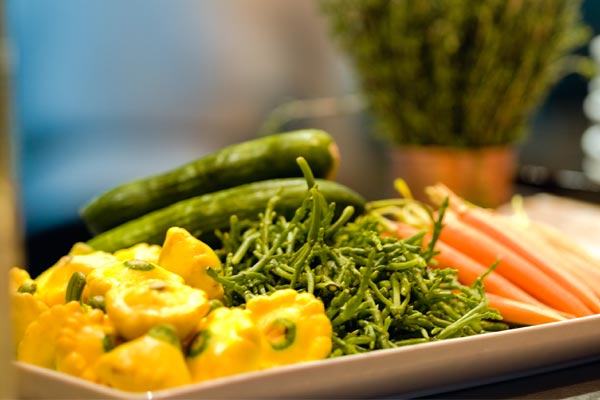 Not far from Ensenada, a region named Real del Castillo is home to several farms producing fresh cheese. Parma, Mancillas, Barajas and Ramonetti cheese were each named after the farms where they were made, and Ramonetti has become one of the best known, making its famous product since 1911. Those wanting the complete gastronomic experience should visit La Cava de Marcelo, which receives more than 3,000 visitors a year.

The history of Baja Californian wine begins with the Spanish conquest. The local weather, altitude and soil made it perfect for harvesting ‘vitis vinicola’. By the end of the 19th century, Bodega de Santo Tomásbegan trading its wine; nowadays, about 90% of Mexican wine comes from the valleys of Guadalupe,Calafia, San Antonio de las Minas, Las Palmas, Ojos Negros, Vicente Ferrer and Santo Tomás. All these valleys make up the famous Wine Route, which delights visitors from around the globe. 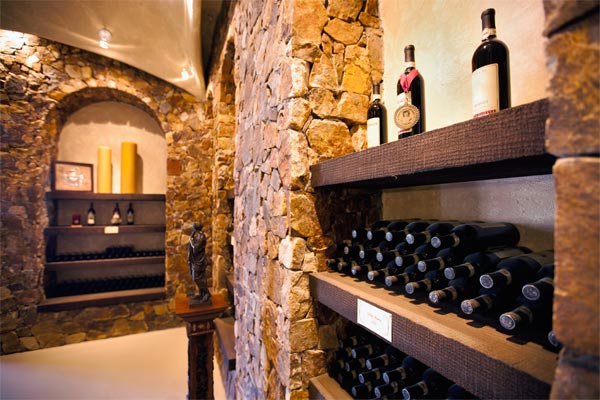 Ensenada’s Mediterranean-like weather has made it a perfect place for growing olives. This, in turn, has made Baja California an important producer of artisanal oil. Olive oil is available throughout the Wine Route and just off Route 1, as well as in the region’s wineries and markets.

‘Baby’ vegetables have transformed global gastronomy, providing us with bite-sized bursts of flavor, textures and color. Mexico hasn’t lagged behind in this international trend. Since the early 90s, the family behind the Martinez & Sons farm began cultivating mini vegetables at Meneadero, south of Ensenada. The plantations have become so renowned that chefs from around the region like Benito Molinafrom Manzanilla in Ensenada (No.25 in Latin America’s 50 Best Restaurants 2014), Javier Plascenciafrom Misión 19 and Miguel Angel Guerrero from La Querencia, both in Tijuana, have made them a core part of their menus and identities. 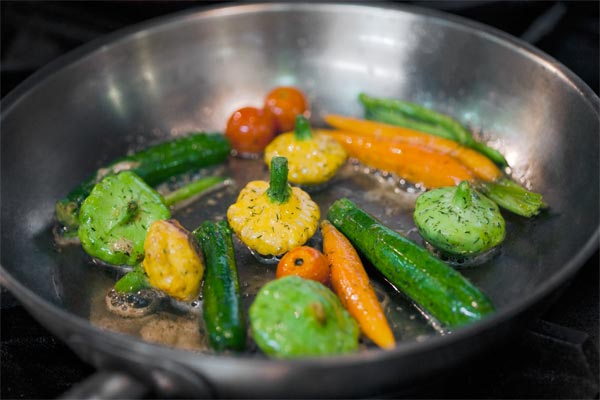 Thoughts of beer bring to mind Germany, Belgium and the U.S. So it may come as a surprise that Mexico is the world’s largest beer exporter. Mexican beer is consumed in more than a 180 countries around the world. Northern Mexico has long had beer in its soul: in Baja California, Mexicali’s brewery opened the road for the Mexican beer industry in the 1930s. Tecate followed in 1940 and Tijuana in 1990. Influenced by San Diego’s beer movement, small artisanal breweries began popping up including Melosa, Insurgente, Rámuri, Vicario, Agua Mala, Canneria, Bierlab, BBB, TJ Brewers, and Media Perra.

The sale, storage and public consumption of liquor was recently approved and amended to the Law of Baja California. The reform achieved primarily a new permit for micro -breweries, which did not exist and now is the first in the nation. It also establishes two categories: the Tasting Room and Boutique establishment for the sale of closed beer and things related to the activity. 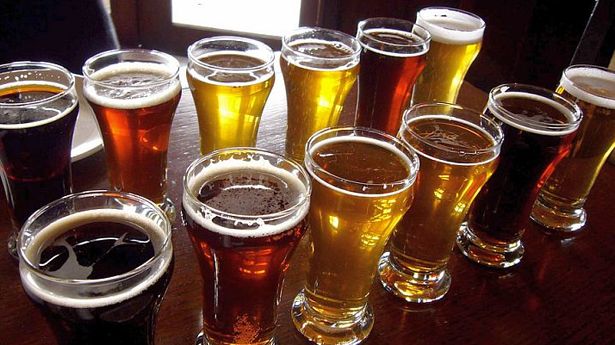 Naturally, a land mass surrounded by sea should have a large variety of fish and seafood in its cuisine. But perhaps less expected is the diversity of Baja California‘s seafood, the product of a mix of cold water streams from Alaska and more temperate waters. Diners will find both lobster and swordfish on the region’s menus. There’s a huge variety of fish and seafood on offer at ‘El Mercado Negro’ in Ensenada, the biggest secret of the local chefs. In San Felipe, near Mar de Cortés, don’t forget to try the blue shrimp, which is considered the tastiest around. 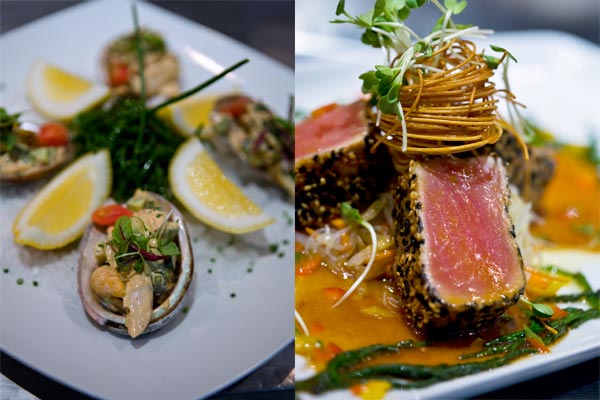 Like chorizo from Pamplona, abalone chorizo was created from the need to preserve the crustacean in times when refrigeration was not easily available. In the 1950s, inhabitants of the Isla de Cedros began to produce this seafood sausage. Abalone chorizo began feeding the population when ships, meant to bring food to the people in the island, didn’t arrive. Now it has become a unique local tradition.

Baja Med cuisine, as its name suggests, combines fresh, organic products from Baja with cuisine from the Mediterranean. Chef Miguel Angel Guerrero from La Querencia initiated this movement. He was followed by Javier Plascencia from Misión 19, Diego Hernandez Baquedano from Corazón de Tierra and Jair Tellez from Laja in Valle de Guadalupe, and Benito Molina and Solange Muris in Ensenada. 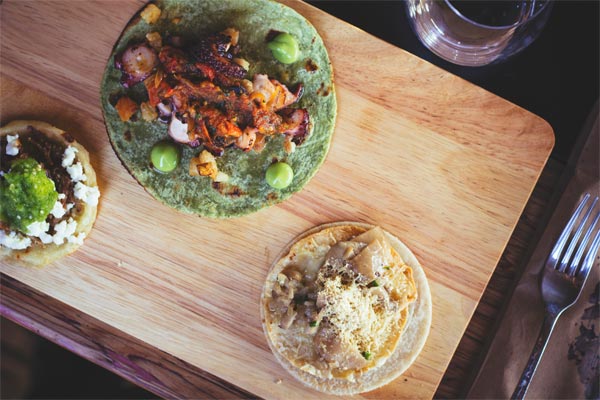 Mexico is a country where ‘sweet bread’ like conchas, orejas and campechanas are enjoyed every day, and Tecate’s sweet bread is particularly unmissable. Behind its success are the traditional techniques used by producers, along with high quality ingredients and fire-heated ovens.

There are many stories about how American tourists came to know Puerto Nuevo lobster. But the only truth is that, since its discovery, Puerto Nuevo lobster has become an icon of Rosarito’s beaches in the north of the state. Cooked lobster, beans, red rice, salsa and tortillas make up this classic from the peninsula. 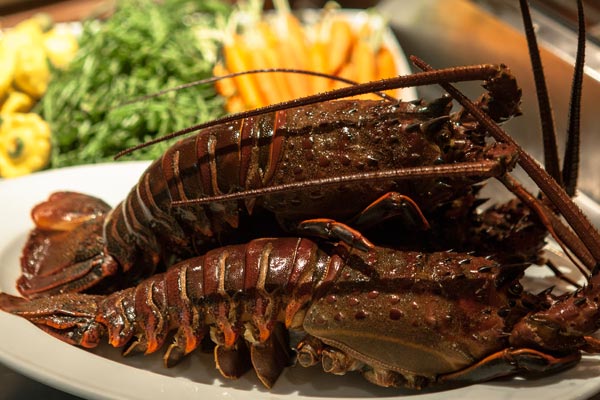 Chinese migration to Mexico began in the 1800s, but it wasn’t until the 1920s, when it came to its climax, that Mexicali became one of the most important Chinese colonies in the country. There are more than 100 establishments selling Chinese food, so naturally Mexicali has become an important hub combining Mexican and Asian cuisine. Visitors should visit La Chinesca, a Chinese neighborhood offering Cantonese food.

At Corazón de Tierra, which means ‘Heart of the Land’ in Spanish, chef Diego Hernández Baquedano grows everything from fruit and vegetables to olive oil and honey onsite and serves beautifully presented, colorful dishes from a daily changing five-course tasting menu. Born in Ensenada, Hernández is naturally an authority on the best places to eat and drink in the region. 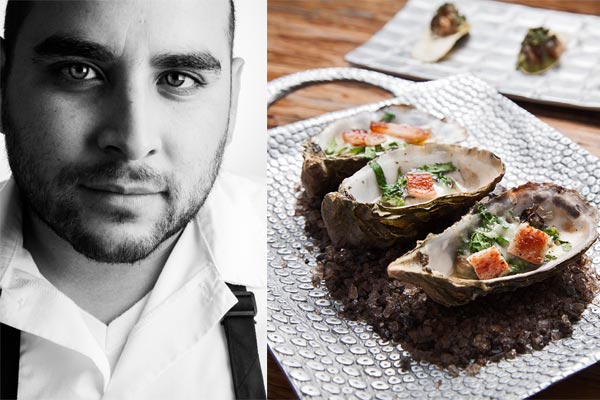