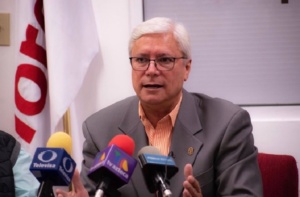 Even though, the term for the incoming governor it is unknown yet, and whether it is for 5 or only 2 years, the transition government of Jaime Bonilla Valdez begins to take shape, and to select its members to carry out the first administration in Baja California of a leftist party, in accordance with the federal government, after 30 years with the National Action Party in power since 1989.

Ricardo Moreno will be the private secretary, a very close man to Bonilla since time way back before his campaign to the governorship. The general secretary of government will be Dr. Amador Rodríguez Lozano; as of press and communications officer, Juan Guízar, who, in addition to being press director during the election campaign, has served as chief information officer for El Sol de Tijuana.

In this administration, the economic development secretary will be in charge of Mario Escobedo, who has previously held some management positions in the business sector and the City of Tijuana. Similarly, the finance secretary will be supervised by Adalberto González, who in 2013 was the administrative deputy director of social development, also for the City of Tijuana.

Among the new offices that are planned to be created, based on the new provisions of the federal government of López Obrador, there is the social welfare secretary, and the culture secretary; which will be headed by Cynthia Gissel García Soberanes, and Pedro Ochoa Palacios respectively.

It is expected that if the reform to article 8 of the state of Baja California constitution is maintained and ratified, the new government headed by Jaime Bonilla, will take oath on December 1, for the period 2019 – 2024.