Mexican Consulate Announces Festivities of the “Cry of Independence” 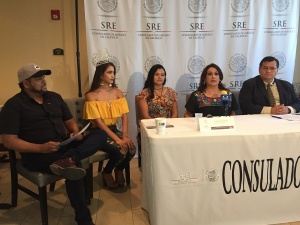 The celebration of the “Cry of Independence” will be organized through a “Popular Verbena” composed by the joy of regional Mexican music and all the folklore. Along with the variety of Mexican ‘antojitos’. There will also be the presence of the Ballet Folkloriko Municipal Mexicali, the Mariachi Mixteco, Edgar Valentin, Relampago Group and Tribute to the Dynamite Sonora.